The Fixx have always occupied a somewhat rarified space in pop music. What other band has built a successful career writing seductively melodic hooks that orbit the topics of alienation, the threat of war, and the constantly shifting uncertainty of modern life without the need to co-op the latest style-du jour?

Bringing the tour in support of their latest album Every Five Seconds to Delmar Hall, the group displayed the musicianship and songcraft that has kept them touring the world for the last 43 years. Most of those in attendance were in the over-40, well okay maybe over-50 crowd, but younger and newer fans were also in attendance for a chance to see these guys from the distant land of the ‘80s who have clearly still got the goods. The new songs were very well received and blended seamlessly with the classic tracks, but the evening was not without its oddities, mostly provided by the audience.

After opening the show with “Touch” from 2003’s Want That Life and “Take a Risk” from their sublime 2012 release Beautiful Friction, singer Cy Curnin noted how nice it was to be in the air-conditioned Delmar Hall as St. Louis was experiencing typically blazing summer temps. Once the band completed what turned out to be the rather prophetic “How Much is Enough,” Curnin noted that someone had passed out toward the front of the stage. Once the fan regained consciousness the band launched into the exceptional new single “Closer,” a track that would have been yet another chart-topper in a different era of radio. About fifteen seconds into the Phantoms’ track “Less Cities More Moving People,” someone else passed out, bringing the show to a temporary halt. When staff was slow to respond, Curnin asked “Does anyone work here? We can’t all be drinking.” Finally, the fallen new-wave rock solider was wheeled out unceremoniously and the band returned to the stage.

While Curnin is well known for his overtly theatrical stage presence, what is equally impressive is that his voice doesn’t appear to have been touched by the rigors of time and travel. His range was on full display in songs like “Deeper and Deeper” from the Streets of Fire soundtrack and new track “Wake Up,” where he seems to channel Bowie by way of Leonard Cohen.

Guitarist Jamie West-Oram continues to earn his reputation as a top-shelf guitarist represented by his pastel splashes on “Are We Ourselves,” his effortless Nile Rogers-esque rhythm work, and beautifully fluid solos like the one found in the Walkabout track “Chase the Fire.”

From a distance, drummer Adam Woods was a constant blur of motion with his mop of hair bobbing to and fro as he laid down the complex beats that are the true framework of The Fixx’s discography. Bassist Dan K. Brown, looking like a top-hatted pimp-daddy who wandered in from the land of Oz, perfectly locked in with Brown while performing rolling bass lines and never letting the groove be anything but glorious.

Any one of them alone would have been worth the price of admission, but Curnin is the straw that stirs the drink, from engaging with the audience warmly (“We are one Fixx Family”), to his oddball humor (“I wonder if we’ll be alive to see the iPhone 30”), to admonishing an inconsiderate concert goer for chatting loudly through all of the songs (“Do you think these people paid to hear you talk? Show some respect”). The latter comment was met with exuberant applause because really, how many times have we wished a singer would proactively try to make sure that everyone was able to enjoy the show by shutting down a rude attendee?

I always marvel at the fact that The Fixx don’t play larger places, but I’m okay with that. For the members of the “Fixx Family” that gathered to bask in their sonic glow on that hot summer night, they’re the best-kept secret in live music. When something that used to seem so massive in arenas and MTV videos can retain that same magical glow in the intimacy of a small venue, that’s when you know the music has a resonance that isn’t shaped by how many likes they get on social media. That’s good for us, that’s good for music, and that’s good for The Fixx. | Jim Ousley 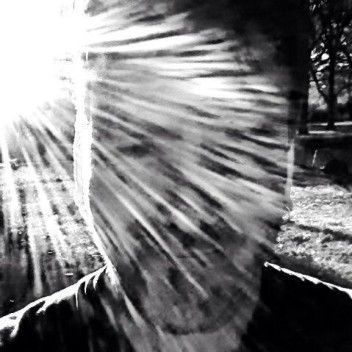