There’s a scene in the Fugazi documentary Instrument where a fan opined about the newest Fugazi LP[1]. His exact words escape me, but he didn’t like it. He REALLY didn’t like it. All because stylistically it wasn’t like their first four CDs. Jawbreaker’s final LP Dear You received a similar reaction with some fans. While the record eventually won over some early detractors, it shows why a punk/post-punk band going in new directions can often be a cat turd in fan’s trail mix.

By 1999, June of 44 had the slow song/fast song game down pat. Often going from quiet and thoughtful to chugging and abrasive in the span of a few minutes, they had released an EP and three LPs in five years. However, a change was coming. The stylistic shift did not come completely out of nowhere: their previous two releases contained “Lifted Bells” and “Boom.” Each stuck out enormously on their respective records, but myself and my social circle did not see what was coming. I had bought the In the Fishtank EP, but just thought is was a one-off experiment.

As it were, when Anahata dropped Pitchfork’s (7.8!!) Brett DiCrescenzo got straight to the point. “Throw out whatever preconceived notion of June of 44 you’ve been carrying around. This is a completely different beast.” Indeed, it was.  Gone was the rock and in its place was whaaat?!? It wasn’t “math rock” nor was it “angular.” It didn’t even sound like “June of 44.”[2] For the crowd that loved “Take it With a Grain of Salt,” “Sharks and Sailors,” “Cut Your Face,” and “Anisette,” Anahata, was not received well. The divisiveness was understandable, you like what you like and how dare they not pander to your wants? Either way, it really didn’t matter as in November 1999, the band broke up. When looking back, was Anahata judged too harshly in the pro-rock circles? Not really. It wasn’t a post-punk record. It wasn’t meant for 24-year old me.

In a story told umpteen times, everyone went on to other bands and other projects. Most notably Jeff Mueller in Shipping News, Sean Meadows in Lungfish, and Fred Erskine in Abilene and Just A Fire. While multiple overtures were made through the years, the band never accepted the offers for a reunion.

However, when the Sicilian band Uzeda presented them an offer to play a series of shows that coincided with their 30th Anniversary, the band accepted. Shortly thereafter, fellow guitarist/vocalist Sean Meadows raised the idea to Mueller of re-working some of their old material. It turned out that the band, for entirely different reasons, wasn’t completely satisfied with how their last proper studio LP turned out either. In an e-mail interview with Rolling Stone, Mueller stated that “The session for Anahata was pretty tough. Speaking for myself…it all just felt rushed and messy… We’d never afforded ourselves the time to thoroughly think through the writing process of several of our later songs.”  And thus, was the genesis of Revisionist: Adaptations & Future Histories in The Time of Love and Survival.

Is Revisionist a throwback album? The thing one should ask one’s self, should dudes in their late 40’s try to replicate a sound from twenty years ago? The answer is no. Aside from a Bob Weston recorded demo of Four Great Point’s “Cut Your Face” and the two minute and quarter “Post-Modern Hereditary Dance Steps”[3], it’s not a return of the rock of earlier days. This message is relayed in the most immediate way possible with a remix of “Cut Your Face” by the experimental electronic duo Matmos. First: This “Face” is unrecognizable if you aren’t really paying attention, and/or wearing ear buds and notice that someone is holding up a sign in front of you that says “CUT YOUR FACE REMIX.” Second: It’s the FIRST song on the album. It’s a propulsive number, sounding like it was meant for a car chase in a David Fincher film and—did I mention?—sounds absolutely nothing like its source material. Strangely enough this lack of familiarity works in the songs benefit. It’s clear why during the tracking discussions it was chosen first.

However, as it should be, the focus of Revisionist is on the new old material. It should be said in the immediate that it sounds fantastic. Recorded in Oakland at Survivor Sound with David Lenci, it’s a much better recording than Anahata[4] and Fishtank. In terms of the new, yet old material, it depends on how far your musical tastes have expanded. These do-overs allow the listener to judge with fresher ears, especially if you don’t re-listen to Anahata and In The Fishtank first. “ReRecorded Syntax” never gets beyond a mid-tempo head wag but it’s well done. “Generate”[5] is thirty seconds shorter than its predecessor and it has a new transition. By doing so, it breaks up the metronomic quality that was present in Fishtank’s version. It’s a major improvement. Because of stylistic qualms, I am very lukewarm on “No Escape, Levitate” and the seven-minute “Cardiac Atlas” is a little long and bit droopy for my tastes.

It is in the second “Cut Your Face” remix that the listener is reminded why the drum fill that opens the original version is so immediate and memorable.  Not to go into superlatives, but the original is that fucking great. Unfortunately, John McEntire’s “A Past to Face” suffers the fate of umpteen hundreds of rock remixes in that it’s not that memorable. It’s that square peg that won’t fit into a round hole.

So, to recap. Revisionist is not Four Great Points or Engine Takes to The Water, but it isn’t Anahata either. Most people mellow as the years go own. Their tastes in music usually does as well. I know mine did. While the give it a chance, you just might like it angle when judging a record sounds half-hearted, it’s not. Plus, I’m just happy that June of 44 is back, even if it’s for one album only. | David Lichius

[1] Red Medicine
[2] In a recent e-mail interview with Rolling Stone, guitarist/vocalist Jeff Mueller wrote that the band started incorporating soul, funk, dub and psychedelia into the mix.
[3] In the catalog of June of 44 songs, it’s the SHORTEST. SONG. EVER.
[4] Sorry, Bob.
[5] My apologies, but the vocals of this song remind me of INXS’ “Mediate.” It struck me as such 20 years ago and remains that way today. Not that there’s anything wrong with taking a minor queue from INXS, but in 1999, it would’ve been a brutal insult to sum up a June of 44 song with “It sounds like INXS.” 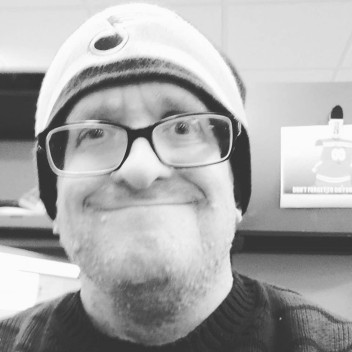 View all posts by David Lichius