Star Wars has always been in my world. Star Wars: A New Hope was released three weeks before I was born so for me, Luke, Leia, and the whole cast of characters has always been around, and for that I’ve always been grateful. I couldn’t imagine a world without them in it.

But the story of these characters goes far beyond just the films into comics, novels, video games, and more. After delving into the films (2015’s A Long Time Ago: Exploring the Star Wars Cinematic Universe) and comics (2016’s A Galaxy Far, Far Away: Exploring Star Wars Comics) in their previous releases, editors Rich Handley and Joseph F. Berenato’s latest Star Wars book for Sequart, A More Civilized Age: Exploring the Star Wars Expanded Universe, explores the entire scope of stories tied into the larger Star Wars mythos. Handley and Berenato do a fine job of gathering, vetting, and compiling copious amounts of information on the Star Wars “Expanded Universe” (or EU).

I was totally gobsmacked that there was so much information out there! A More Civilized Age opens up a whole new world for anyone wanting to expand their Star Wars horizons. There are books, role playing games, action figures, fan clubs, chat rooms filled to the hilt with connoisseurs—whatever you fancy, they’ve filled that niche.

In a universe as vast as Star Wars, you have as many opinions about any subject as you do worlds to research. The ones listed in this book are precise. To say they all know their stuff is the understatement of the century. You’d be hard-pressed to find a misstep anywhere within these pages. A compilation of information the world over; think of it as an encyclopedia of sorts, a book whose conversation pieces are vast and deep.

If you are not a die hard Star Wars fan this book gets a little heavy in parts. It’s not to say that it was not amazing in its craftsmanship, for the amount of information is astounding, even staggering at times. But unless you geek out over everything Star Wars, it most likely won’t reach out and grab your attention for more than one chapter at a time. If you study the EU in depth then this is your book, and it may even become one of your most treasured reference guides.

Picking up A More Civilized Age was an eye opener for sure. As a Star Wars EU novice, it opened up so many avenues for me to explore, so many options in which to expand my own knowledge of the world of Star Wars. As someone who was previously only privy to the only original film canon, the book expanded the playing field a hundredfold. Because of this book, now I know where I want to go next in exploring the different facets of this wide, wide universe. Armed with the knowledge of where to step next onto the path that will lead me to so many new worlds is exciting! It’s a must have for sure on any Star Wars journey. | Keva Bartnick 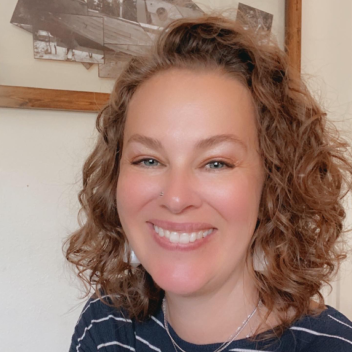 View all posts by Keva Bartnick