The 29th edition of the annual Whitaker St. Louis International Film Festival worked a little differently this year, but if anything, the move to digital made it even easier to take part in the festivities. The festival is now complete after eighteen movie-packed days, and now the festival’s award winners have been announced. See below for the press release with the full list of winners, and click here to check out all of our SLIFF 2020 coverage here on The Arts STL.

The 29th Annual Whitaker St. Louis International Film Festival (SLIFF) was held virtually from Nov. 5-22. The fest had a total estimated viewership of 26,100, including 10,400 St. Louis-area students who participated in our free Cinema for Students program. A note on methodology: Because most programs were watched at home by more than a single person, public viewership was estimated by multiplying the number of total programs streamed (8,942) by 1.75.

Because of the virtual nature of this year’s fest, viewers from outside the St. Louis area also participated in many programs, with 45 states and 32 countries represented.

The festival kicked off with a free opening-night special event featuring the documentary short “8:46” — which records a powerful performance by comedian Dave Chappelle in response to the killing of George Floyd — and a livestreamed conversation with Chappelle and the film’s Oscar-winning directors, Steven Bognar and Julia Reichert.

SLIFF concluded with the livestreamed closing-night awards presentation on the evening of Nov. 22. The following juried-competition and audience-choice awards were presented:

Juries choose the winners of six awards from among the shorts in competition. The SLIFF shorts competition is officially sanctioned by the Academy of Motion Pictures Arts and Sciences, making the winners in the Best of Fest, Best Animated, Best Live Action, and Best Documentary categories eligible to submit for Oscar consideration.

Juries give Interfaith Awards to both a documentary and a narrative, choosing from among 16 competition films (eight in each category), which were selected for their artistic merit; contribution to the understanding of the human condition; and recognition of ethical, social, and spiritual values.

In conjunction with the St. Louis Film Critics organization, SLIFF holds juried competitions for documentary and narrative features. The awards are named in honor of the late St. Louis Post-Dispatch critics Joe Pollack (narrative) and Joe Williams (documentary). The winners are picked by two juries composed of St. Louis film critics. SLIFF chose eight films to compete in each category.

Sponsored by the Chellappa-Vedavalli Foundation

The New Filmmakers Forum (NFF) annually presents the Emerging Director Award. Since its inception, NFF was co-curated by Bobbie Lautenschlager. Bobbie died in the summer of 2012, and SLIFF honors her memory by nicknaming the NFF Emerging Director Award as the Bobbie. Five works by first-time feature filmmakers competed for the prize, which includes a $500 cash award.

Sponsored by The Albrecht Family

This juried competition awards a $5,000 prize to a feature documentary that focuses on people working to make the world a better place and that inspires audience members and leaves them with a sense of hope for the future.

Society for the Scientific Study of Sexuality Documentary Award

In addition to SLIFF’s annual audience awards, the fest partnered with the Society for the Scientific Study of Sexuality to present a new audience award. Attendees of SSSS’s virtual conference, which coincided with SLIFF, viewed three films — “Cured,” “The Dilemma of Desire,” and “Transhood” — in a program that the organization co-presented with the fest. The conference attendees voted on the award, which is accompanied by a $500 cash prize.

Online audience voting determined the winner of five awards from among the films in competition. 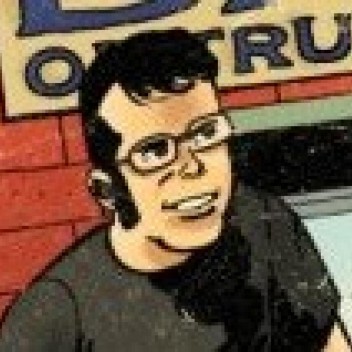