Eight films in and not a flop among them, Paul Thomas Anderson’s place as an American national treasure and one of the best auteurs of a generation is no mystery. A key component to his greatness is that his seemingly eclectic canon is tethered to but one subject: toxic masculinity, with a specifically American flavor, and the forces that drive it to be so. In the beginning, this theme of his was met with a tender touch; films such as Boogie Nights and Punch Drunk Love are stories of male dysfunction which are ultimately humanistic in their worldview.

After Punch Drunk Love, Paul Thomas Anderson’s films started to take a turn towards the austere. He traded in his sentimentality for far more steely portraits of post-war American tyrants seeking redemption in all the wrong places. Anderson’s new leading men are loved by audiences for the glimpses into the human nature they afford. It is no longer about the inherent goodness of a man that gets bent out of shape when faced with an inhospitable world. I suppose those are movies for young men to make.

Anderson continues his post-Punch Drunk Love style with Phantom Thread. He calls this one his gothic romance, and it is ostensibly so. Many of the elements are there: a fairy tale premise that has been twisted out of shape, uncanny dynamics within the nuclear family, sinister sexual politics, and notions of identity indubitably tied to the house. Pull on any one string that runs through this film, and it won’t be long before you arrive at Rebecca, Gaslight or Vertigo.

It’s not that simple, though. Phantom Thread could not be farther away from pastiche, nor is it a neo-gothic romance in the way that Del Toro’s The Shape of Water is. It never once commits to the mode of gothic melodrama; this is a Paul Thomas Anderson masculinity play through and through. In doing so, Anderson has flipped the mode inside out and tore it into pieces, only to stich it back together his way.

Having divided interests between being a gothic romance and a reworking of themes from his 2014 film The Master, Phantom Thread is set in London shortly after the end of World War II. A seasoned haute couture fashion designer Reynolds Woodcock (Daniel Day-Lewis) finds a new muse in working-class girl Alma (Vicky Krieps). A romance blossoms rather suddenly, and she soon moves in to his home which doubles as a fashion house.

Woodcock proves difficult to live with. Conversations start and stop when he says so, toast must be buttered a certain way, and so on. Alma proves to be stubborn woman, but she slowly concedes to all his demands. During this process, she begins to grow insecure in their relationship. She feels out of place in his rather sumptuous world, and grows fearful that he will soon toss her aside for a more beautiful woman. Woodcock’s sister and business partner (luminously played by Lesley Manville) tells Alma not worry about this, because ‘he likes a bit of belly’.

Like many gothic melodramas, Phantom Thread is best described as an investigation of a codependent relationship. What distinguishes it from all other films to broach this subject, is the way in which it shows the more submissive person’s capacity to be destructive. There are not enough films that show how codependents, or even masochists for that matter, are just as capable of toxicity as their more domineering counterparts. That being said, the fluidity of the power dynamics and the perverse measures that Alma takes to secure her place will alienate some audiences.

Anderson’s approach to the power-dynamics is surely inventive, but perhaps slightly under baked. That is to say, the complexity of the power dynamics belies the characterization of Alma. Reynolds’ is a complex figure whose weakness are probed by the film again and again, whereas Alma is thinly drawn. This is largely due to how little time is spent on romance in the film, which leaves the viewer to make up their own reason for Alma’s commitment Reynolds. Luckily, short-comings in the way of character motivation are managed brilliantly by Krieps whose performance out shines even Daniel Day-Lewis.

To watch Anderson pull one of his films out of the framework of a so-called woman’s picture is like watching a magician pull a rabbit out of a hat. Here Anderson stitches his own garment out of the fabric of gothic romance. This is no small feat and it makes the flaws in Phantom Thread, most notably so in its final act, more than bearable. The resulting effort makes for the most compelling film of 2017. It’s a picture with secrets buried deep inside it, that I’ll still be unravelling the film for years to come. | Cait Lore 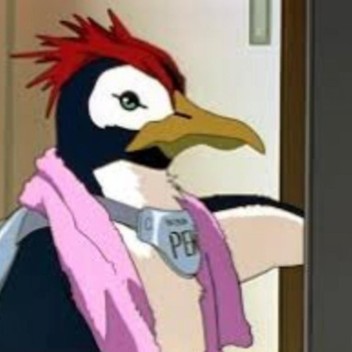